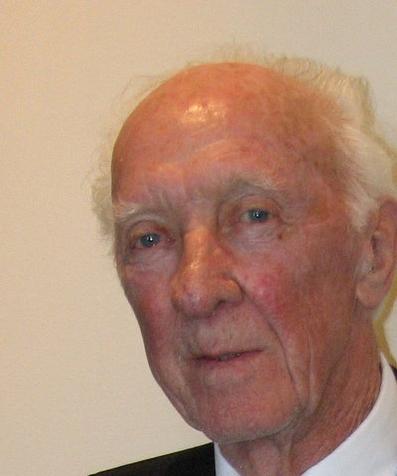 Born in Halifax, Nova Scotia May 6, 1923. Passed away after a short illness on November 28, 2018 to join his beloved wife Anne. He will be missed by his children Glenn (Melody), Daryll, Deedee (Jim), Gerry (Sonia), Naomi (Bill). His grandchildren Miranda, Zoe, Lynzee, Krispin, Gwynivere have lost a wonderful Grandpa. Great Poppa will be missed by Jimmy, Renee, Katie, Becky, Bennett, Matthew. Fred is survived by his brother Percy and sister Nora. Dad was a very creative and artistic man with lots of projects around the home. He could build and repair anything. Dad instilled in his children a love of the outdoors.  As a founding member of St Rose of Lima church in Scarborough ON, he volunteered in many roles through more than 50 years. He contributed many years training Cubs and Scouts through Boy Scouts of Canada. Fred was proud of his contribution on behalf of Canada during WW2 flying with the Squadron 405 Pathfinders RCAF as F/LT Fred Davies DFC. His final year in the war was spent as a POW. He shared his war experiences with many young people through his participation in the Memory Project. Fred started as an operator, progressing to managing the Scarborough district with Ontario Hydro for 34 years. After retiring, volunteer work and travelling the world filled Anne and Fred’s lives. Visitation will be at Smith’s Funeral Home, 485 Brant Street, Burlington ON on Tuesday December 4 from 7 to 9 PM. Funeral will be held at St John the Baptist RC Church,  2016 Blairholm Ave, Burlington ON on Wednesday December 5 at 11 AM. In lieu of flowers, please send donations to: Good Shepherd Ministries www.goodshepherd.ca or a charity of your choice.