​​With the world in turmoil thanks to COVID-19, heightened tensions over race, and bitter partisan politics, one D-day veteran in Nova Scotia is wondering if what they accomplished on June 6, 1944 means anything anymore. READ ARTICLE

Sqn Headquarters’ flight suit patch design has changed. The patch is round representing the RCAF Roundel. The contour is light blue representing the Sqn colours. The lower part of the logo is brown representing the ground. The middle display the search lights as found in the Gransden Stained glass Window representing our connection to the past and to the fact that “we will remember them”. The mighty Lancaster was replaced the CP140 Aurora.

​The Original Six Men Of Our Bomber Crew By Ron Moyes.

What happened to the crew after the war. STORY

​​The following message is from Serge Halleux, Administrator of the 1940 French Remembrance Museum of Haut-le-Wastia:

In September 1942 a Halifax from 405 Sqn crashed in my village of Lesves/Profondeville .Belgium. (Halifax II DT487 LQ-M 405 Squadron) In September 2020, for the first time ever, I intend to place a monument to the memory of 8 men who died in the crash (7 from RCAF and 1 from RAF) on the exact spot. The local authorities accept my proposition and we will plan a ceremony at the date 2/3 September 2020. 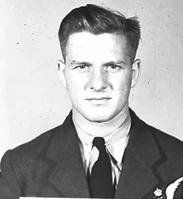 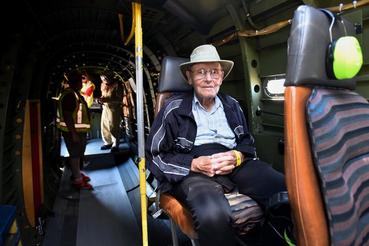 A blue writing case embossed with the R.C.A.F. crest and initials M.R. is found decades after the war. STORY 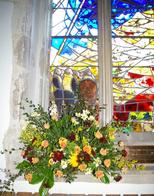 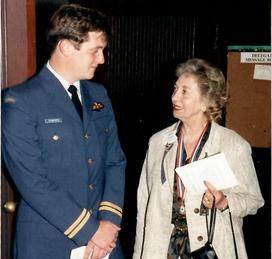 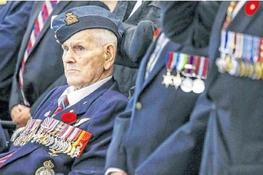 The Experiences of Flight Lieutenant James (Jim) M. Meagher DFM
A Veteran of 405 Squadron and Two Tours of Operations in
Bomber Command with the RCAF and RAF

​The Association welcomes Gordon Hastings, a Mid-Upper Gunner who served with the Squadron from 1944 to 1945. Currently living in Ontario the 96 year old veteran recently flew in the Warplane Heritage Lancaster SEE ARTICLE 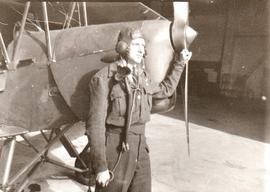 WELCOME TO THE 405 SQUADRON ASSOCIATION 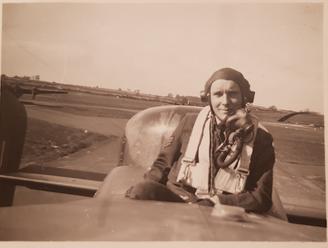 The crest of 405 Long Range Patrol Squadron depicts an eagle's head facing to the sinister and holding in the beak a sprig of maple. Its motto refers to the fact that this was the first and only Royal Canadian Air Force  Pathfinder squadron. The eagle's head which faces the sinister suggests leadership, is derived from the pathfinder badge