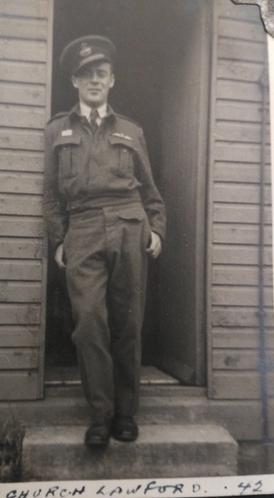 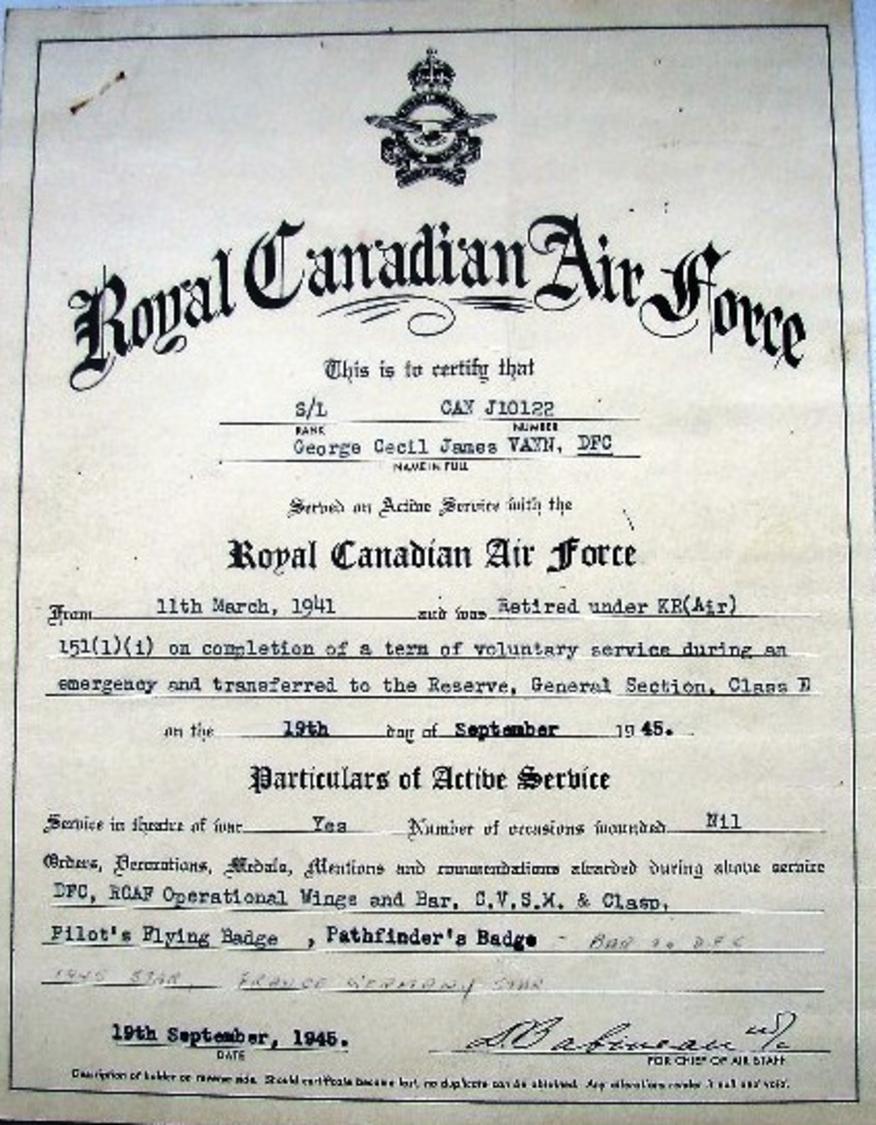 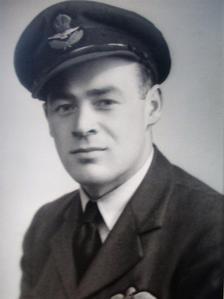 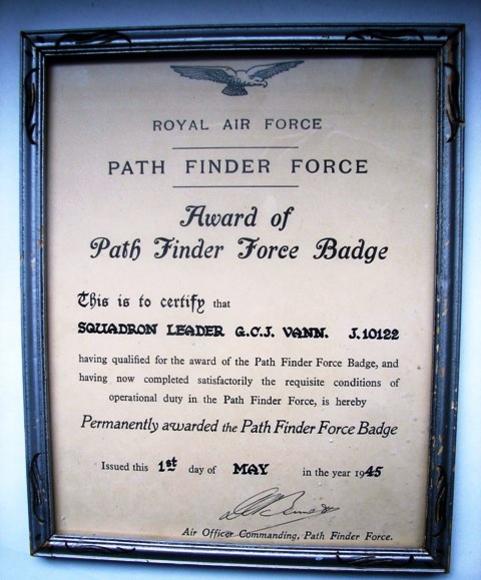 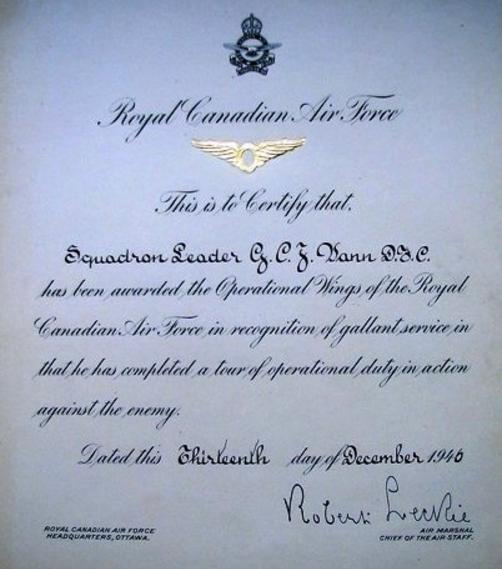 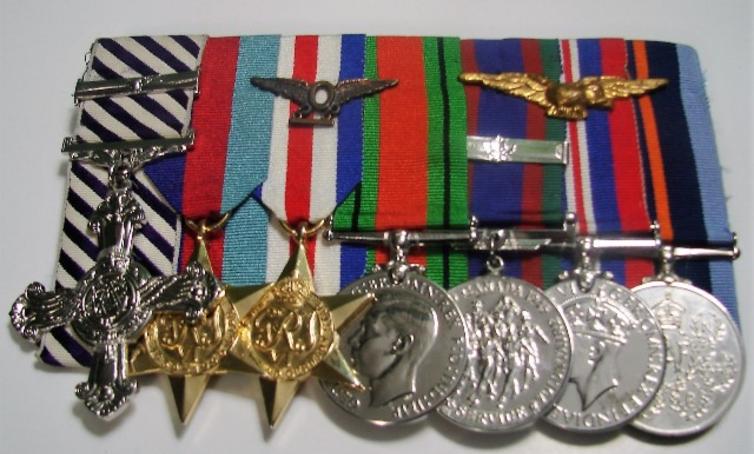 - Son of Walter C Vann And May Elizabeth I. (nee Betteridge)

- Resided in municipality of Rosedale, near the small farming town of Minnedosa, MB  for most of life before enlisting in the army. His Father was a mining prospector and he spent several years up to about the age of 10 travelling in western Canada with his Father and Mother.  He lived in a tent and was home schooled by his mother until such time that they returned to Manitoba.

- Resided for many years on a family farm outside Minnedosa and rode horseback to school after returning to Manitoba.

-- Jim Vann was very intelligent and athletic and loved most sports.  He did excel in Athletics competing in track and broad jump.  At the North Central MB inter-collegiate track & field meet in his junior year, he won 4 first place finishes in the mile, half mile, 220 yd and 100 yd races beating several senior times in the same events.   Jim Vann was the Manitoba provincial champion for the half mile and 220 yd races in both of his senior years (1939 and 1940) and In June 1939 he set a provincial record winning the senior half mile in 2.06 minutes, a record that stood for more than 2 decades.

-- Jim Vann was recommended for athletic scholarships and the President of the Amateur Athletic Union of Canada stated in a letter of recommendation issued in July 1940:  “I regard him as one of the most promising Junior Track Athletes in Canada.  A young man of 18, he has had no real coaching of any kind, but has trained on his own in a small community lacking proper facilities for the purpose.  He holds a Provincial High School Record for the 220 yds. dash at 22.4 seconds and he is capable of a 2 minute half mile at the present time.”

-- Jim also played hockey in 38/39 and 39/40 for the Minnedosa teams although it was an expensive sport for him to participate in.  Jim played on the Minnedosa Rugby team that won the Manitoba provincial championship in 1940.
May 24, 1939:  awarded Governor-General’s medal for General Proficiency:  based on scholarship activities in extra-curricular and athletics. Jim received a University scholarship offer for track although he never accepted in it as he enlisted as a volunteer in WWII

Halifax II, Halifax V. Jim commented to his family that after reading the book “A Man Called Intrepid” many

years after the war, he understood what those men were doing that he dropped behind enemy lines.

-- Jim Vann told of his time as a pilot were when he had a hard landing and broke his right wrist/hand.  While his cast was still wet, he was taken out to his cockpit and the cast molded on the control throttle so he could continue to fly. A 2nd story was their plane was coming in damaged and they were ready for crash landing possibly in the English channel. Rear gunner Cliff Robinson’s communication was out so when they landed hard and deplaned, Cliff was sitting in his dingy on the tarmac having ditched as soon as they hit the tarmac having expected a water landing.
-- Listed as a War Criminal by Germans and capture would have meant execution
-- During the war he golfed and played tennis when able.  He spent leaves at Watch Hill estate in Budleigh Salterton, Devon (see more below on this) while stationed at Gransden.
-- May 10, 1945: last flight 2 days after VE day to Lubeck, Germany to return 24 POW back to England.  Jim said that was his best flight ever.
-- Early 1945 awarded DFC (after 1st tour):  awarded Bar to DFC after 2nd tour completed
-- Returned to Canada on July 12st, 1945  Isle de France
-- Honourably discharged on September 19, 1945
Attended University of Toronto under the D.V.A. (Department of Veteran Affairs) Credits.    Started at Ajax ON campus in January 1946 to August 1947.  Played varsity football and in 1946 was part of the O.R.F.U. Eastern Ontario Champions Football Team (U of T, Ajax Campus)
-- University of Toronto campus September 1947 to April 1949.  Graduated with degree in Mining Engineering
Met future wife Phyllis Lear in April 1946 at an Easter Tea at U of T Ajax campus.  Women were bussed in from surrounding towns (Whitby, ON) for events/dances due to the high number of male students.
1949 after graduation employed by Hudson Bay Mining and Smelting Company in Flin Flon MB as a mining engineer until April 1953

-- Married Phyllis Lear in Whitby Ontario in May 1950 and they had 3 daughters and 4 grandchildren prior to his death
In Flin Flon became very involved with Royal Canadian Legion, reaching office of Vice President
Jim & Phyllis loved the outdoor life in Flin Flon, fishing at every opportunity, berry picking, boating and curling. Dad playing and watching any sports and participated as often as possible.
1953 accepted position with engineering department of U.S. Gypsum Company, Oakfield, NY location

-- December 1, 1955 transferred to Canadian Gypsum Company, Hagersville ON location as Mine Superintendent (& part of Management training program) and later as Board Plant Superintendent until April 1965.
Very active in Hagersville, with the Anglican Church, started and coached a local track and field club and planned and oversaw the construction of the town’s first indoor arena.  He was very involved in the Royal Canadian Legion there as well and was still a member at his time of death.  As children, his daughters remembered him pulling out his War medals and polishing them on November 10th.  On November 11th nearly everyone in the town of 2000 turned out for the parade to the Cenotaph for the memorial service to remember those fallen comrades with Jim as the parade marshal and his daughters decked out in their brownie/guiding uniforms.
-- April 1965 Employed by Flintkote Canada Ltd. As Manufacturing Manager in Toronto ON, residing in Mississauga ON.  In Mississauga, Jim continued to curl, run, downhill ski and as an engineer he loved to “putter”, build things, and renovate his residences.

-- Jim attended the “Presentation of Squadron Standard to 405 Squadron” In Greenwood in Sept 1974
Colonel William and Mrs. Margaret Hatchard-Smith opened their estate during to WWII servicemen (including Jim) and women to visit during their leaves.  Jim Organized a fund-raising effort to install a memorial stained glass window in St. Peter’s Church, Budleigh Salterton, Devon, England after the death of Margaret Hatchard-Smith in 1971.  This window replaced one blown out in bombing during WW2 and was dedicated in October 1974.  Jim and other Commonwealth Veterans wanted to repay Col. & Mrs. Hatchard-Smith and the town for their hospitality during the war and a contingent of over 200 WWII Veterans from throughout the commonwealth attended the dedication of the window.

-- Flintkote was purchased by Olympia & York Developments Limited and renamed Flextile Canada Ltd. In 1980.  Jim Assumed position of General Manager of Flextile and later Executive Vice-President until retirement in 1987. Under his guidance, Flextile developed an asbestos-free vinyl composition floor tile, the only such product made in Canada at the time.
Jim and his wife enjoyed travelling, playing bridge, entertaining friends, downhill skiing, golfing, swimming as well as travelling to and attending many Air Force reunions in the 1980’s and 90’s in Canada, Australia and Great Britain. They travelled to China, Taiwan, New Zealand, Fiji, Europe, UK, US and the Caribbean.   Jim & Phyllis purchased a cottage in Haliburton Highlands, Ontario in 1984 and spent 6 months a year there once they both retired.  They loved the outdoors, the lake, golfing, swimming, fishing, canoeing, boating, water skiing and having family and friends there.

-- Canadian Artist Michael Swanson painted an oil painting entitled “Pathfinder Escort” in 1985 to commemorate the 40th anniversary of the end of WWII.  The painting depicted Lancaster LQ-V that S/L J. Vann’s piloted.  Jim Vann consulted throughout the painting process to ensure the details regarding the sky, sea, light and aircraft were properly depicted.  A Limited Edition Lithographic Print of 850 prints was also issued and each print was co-signed by S/L Vann, the pilot.  Jim & Phyllis Vann acquired the original oil painting in 1985.  (see picture of brochure for print issue attached to email).  This oil painting was donated in 2019 to the National Air Force Museum of Canada by the daughters of Jim & Phyllis Vann as per their parents wishes.    The painting depicts Lancaster LQ-V escorting a damaged Lancaster which had lost navigational abilities, back to England to the crashdome. Jim told the story that he spotted the damaged plane heading north toward the North Sea in an attempt to return to England after the night-time bombing raid in Germany.  He buzzed the plane and had it follow him to the Woodbridge Crashdrome.  Had he not done so, the damaged plane would possibly never have reached land.  Our father and a member of the crew of the damage plane were reunited at an air force reunion in the 1980’s by Michael Swanson who was searching out stories that would make good subjects for his paintings.  He was told the story by the pilot of the damaged plane  and then repeated it to Jim Vann.  Each party remembered the call numbers of the other plane and so finally met.

-- May 1989 also saw the dedication of the 405 Squadron RCAF memorial Window in St. Bartholomew’s Church in Great Gransden, UK.  Jim Vann was involved in the Canadian Veterans’ effort to organize the stained glass window given by the Canadians in memory of the 801 – 405 squadron members who perished during the war. He was involved in the dedication service.  He also visited Hinchingbrooke Hospital to plant a Maple tree to honour the “Maple Ward” of the hospital.  Jim Vann had been admitted to that hospital as were many enlisted servicemen during the war and was touched to return under more pleasant circumstances.  He stated that consuming boiled mutton and brussel sprouts 3 times a day for months motivated one to return to duty.  Maple Ward had changed to a childrens’ ward in 1989 and when one young person in Gransden spoke of the waste of so many young lives during the war, Jim replied “No, my dear, the lives were not wasted:  look at what we have today.”

-- Jim & His Sister were instilled with beliefs and values by his parents that lead them through their lives.  He was taught to honour his family and country, that our place in life had to be earned and that we had a duty to give back much more than we received.  He passed these values on to us, his children.  We can remember the many times we were told “there is no such work as can’t”, always do your best and you can do it if you try.  Those beliefs and values lead him to excel in everything he did, in his education, in sports, his service to his country and comrades, throughout his varied careers and in the service he provided to his community.   Our family is extremely proud of the generous, honest, fair and respectful man that our father was. We only wish that we had learned more about the sacrifices he made during the war.  He did not talk about it often except with other Veterans and in hindsight we can see how his service shaped his whole life.