The "Pathfinder's March" music was written by Malcolm Lockyer, and is the theme music to the British T.V. series "Pathfinders" that aired in the early 1970s

In April 1950, 405 Squadron was reformed at Greenwood, as a Maritime Patrol Squadron and equipped with Mark X Lancasters modified to their new Maritime role. During the summer of 1955, after an interesting few years as an ASW (anti-submarine warfare) aircraft, the famous Lancaster was replaced by the Lockheed P2V7 Neptune giving the squadron a much greater anti-submarine warfare capability.

With the squadron’s acceptance flight of the Argus, flown by Wing Commander C. Torontow, AFC, CD, on 7 April 1958, 405 was given the distinction of being the first squadron to fly two famous Canadian built aircraft. During World War II, Squadron Leader Lane and his crew took delivery of the first Canadian built Lancaster, the “Ruhr Express”, flew it to England and thence on its first operational mission with the squadron.

The squadron’s twenty-two year association with the Argus was both productive and eventful with the squadron providing several milestones in Argus operations. The squadron completed the first Argus Trans-Atlantic crossing when Argus 10724 landed in Gibraltar on 17 April 1959 after a thirteen-hour flight from Greenwood. In September 1959, after a tour of Australia and New Zealand, the squadron established a Canadian distance record by flying from Hawaii to North Bay, approximately 4900 miles nonstop without carrying extra fuel or in-flight refueling. On 13/14 April 1960, 405 set a Maritime Command endurance record of twenty-six hours with a combat ready aircraft.

On 19 September 1970, His Excellency The Right Honourable Roland Micherner, Governor-General of Canada, presented the squadron with its Squadron Standard symbolizing twenty-five years of active service. As in the past, the motto “DUCIMUS” held true, for the Eagle Squadron was the first maritime air squadron to attain such honour.

The squadron’s last Argus flight on 10 November 1980 brought to a close the long history with the “Venerable Argus”. 405 Squadron, at this same time, was training to fly the newest, most sophisticated ASW platform, the CP-140 Aurora. A total of eighteen Lockheed-designed Aurora were purchased. The multipurpose Aurora has met and exceeded all expectations of its demanding roles.

Once again, 405 Squadron continued its string of firsts in the maritime world. On 11 March 1981, 405 Standards flew the first operational patrol with the Aurora and later that same year Crew 2 was the first to win the prestigious Fincastle ASW competition in Australia with our new lady. In June 1984, 405 became the first squadron to drop a torpedo from the CP-140 Aurora during a torpedo exercise north of Bermuda.  In 1993, the squadron was the first to deploy in support of the UN’s involvement in the former Yugoslavia.

In 2001 405 Squadron achieved yet another first. The Fincastle competition crew’s transit to and from Australia was flown westbound around the world, thereby becoming the first Canadian Maritime Patrol aircraft to circle the globe.  This momentous flight took 79 hours, was flown over nine days and covered approximately 24,700 miles.

In 2004, 405 Squadron participated in Operation SIRIUS, Canada’s contribution to the NATO coalition Campaign Against Terrorism mission known as Operation ACTIVE ENDEAVOUR. The squadron operated as part of the Standing NATO Response Force Maritime Group 1 in support of its mission to deter, monitor and intercept potential threats of terrorism in the Mediterranean Sea, to defend NATO member nations against terrorists operating at sea, and to demonstrate resolve and presence in the campaign against terrorism.

While the squadron’s primary role continues to be ASW, recent changes in Canada and the world have seen 405 take on a variety of new tasks. These include support of the RCMP, Fisheries and Oceans, Sovereignty and Northern Patrols, Search and Rescue, and the United Nations.

405 Squadron has traveled the world displaying the best in ASW and ISR technology and looks forward to maintaining its place as a leader in its many roles as a Long Range Patrol Squadron. 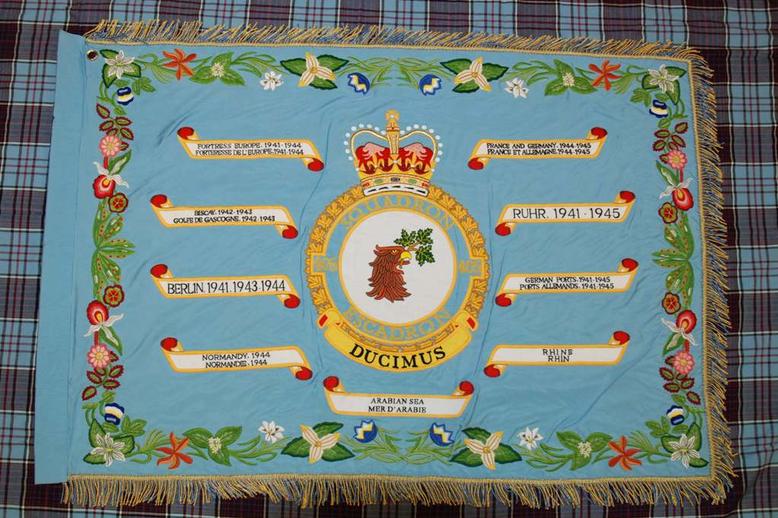 The Squadron's last operational mission took place on 25 April 1945 when nine Lancasters bombed the Berghof and four aircraft bombed enemy gun batteries on the island of Wangerooge. The Squadron was disbanded on 5 September 1945. 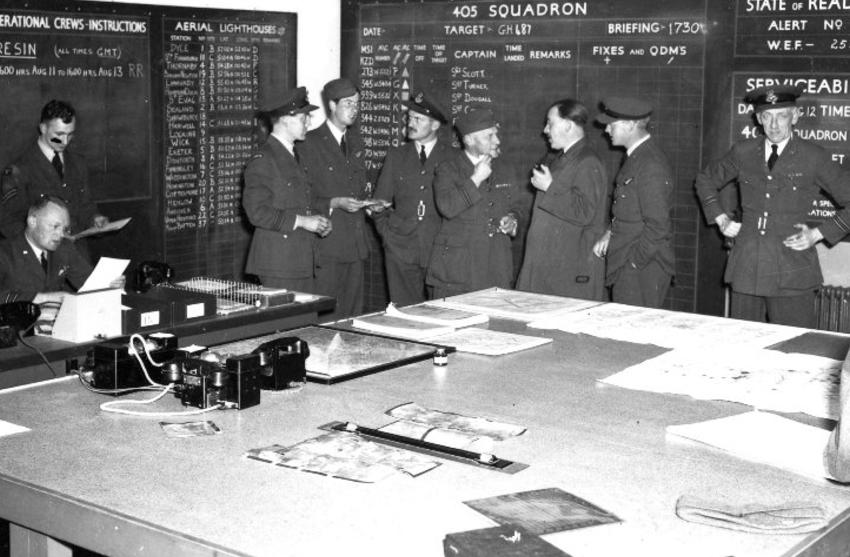 No. 405 "Vancouver" Squadron was an RCAF Squadron, based in Britain and under RAF operational command. It was the first of many Canadian heavy bomber squadrons that would eventually equip all of No.6 Group of Bomber Command. On 12 June 1941 it took part in its first raid over Germany, and remained with Bomber Command until October 1942.

From 23 October 1942 to 3 March 1943 the squadron was part of Coastal Command, carrying out anti-submarine patrols over the Bay of Biscay and anti-shipping sweeps against Germany's coastal shipping.