​Anti-Submarine Warfare (ASW) and Anti-Surface (ASUW) are 405 Long Range Patrol Squadron's (LRPS) primary combat functions. The Squadron regularly trains for its roles by participating in a number of naval exercises at home and abroad.

The majority of time today, though, is spent fulfilling a variety of non-combat, peacetime roles. These include search and rescue and support to other government departments, including counter-drug operations with the Royal Canadian Mounted Police (RCMP) and fisheries patrols with the Department of Fisheries and Oceans.

Year-round, the Squadron carries out sovereignty patrols covering the Canadian Arctic Archipelago and maritime areas of interest . During these patrols, 405 LRPS crews maintain a constant vigil for ships that discharge pollutants illegal at sea. Similarly, its crews verify that foreign and Canadian fishing vessels abide by their Canadian licensing agreements and report suspected violators to DFO patrol boats.

Equipped with CP-140 Auroras, 405 LRPS is able to answer the call in many unique situations that may not be part of its usual operations. The Aurora's ability to fly for long durations (up to 13 hours approx.), its communications suite, and sensors make it versatile and adaptable to many roles.

In recent years, the Squadron has come to the aid of Canadians during some of the worst natural disasters of all time.

During the great flood that inundated much of southern Manitoba 405 LRPS was called upon to help in the relief effort. Based at Canadian Forces Base (CFB) Winnipeg, one crew along two others from 415 Squadron, flew daily sorties as the flood passed through. The Aurora was used for primarily for communications relay and aerial reconnaissance.

In the aftermath of the ice storm that left much of Quebec and Eastern Ontario without electricity for weeks, 405 LRPS was called upon to help survey the damage. Two flights were flown out of CFB Greenwood to photograph Hydro-Quebec's power lines.

It also came to the aid of the M/V Flare, a Cypriot registered, bulk carrier was carrying grain from Montreal to Rotterdam. The ship split in two near the French Islands of St. Pierre and Miquelon off of Newfoundland. Fifteen of the nineteen-member crew were lost. The four survivors were pulled from the sea. The bow half of the ship drifted on the surface for days before finally sinking.

405 LRPS regularly deploys to a number of allied bases for an assortment of exercises and missions. Among its international training sites are US NAS Keflavik (Iceland), US NAS Sigonella (Sicily, Italy), US NAS Oceana (Virginia, USA), US NAS Jacksonville (Florida, USA). 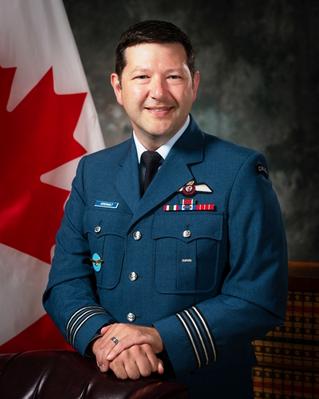 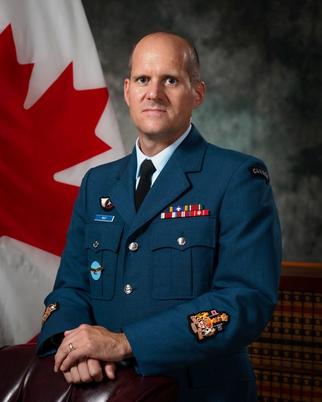 ​Today, the primary responsibilities of 405 Squadron remains that of Intelligence, Surveillance, Reconnaissance and Control (ISR+C) of Canada's eastern approaches. Secondary tasks are many and varied, including Arctic, fisheries and pollution patrols and a constant alert for Search and Rescue. In maintaining its high level of operational readiness, the Squadron regularly participates in various national and international operations and exercises around the globe.

​405 Squadron will be Canada's premiere ISR+C unit. We will develop and employ the Black lll Aurora capabilities in the effective delivery of RCAF Airpower, and be a potent and professional partner in Joint and Coalition Operations