Three minutes of sheer terror. Though three minutes may not seem like a long time in our day-to-day lives, it was an eternity for a Second World War Lancaster bomber aircrew. When it was announced, a bombing run had begun, the clock was set. The aircraft flew straight-and-level inbound to the target, all while being showered by ﬂak and peppered by German ﬁghter ﬁ re. The incessant pounding of heavy shells exploding around the Lancaster crew could be seen, heard and felt; and they watched as aircraft around them burst into ﬂames, and saw men bailing out. All the while, they would pray to hear “Bombs away!,” signifying the end of their bombing run. The memories of Lieutenant-Colonel (retired) Russell Hubley, DFC, CD; seemed in stark contrast to the bright, sunny sitting room in the Camp Hill Veteran’s Memorial Hospital in Halifax, but six recently visiting members of 405 (Long Range Patrol) Squadron, from 14 Wing Greenwood; were easily transported to another world by the descriptive, thrilling, funny and - at times - haunting stories of the times Hubley spent in the war-torn skies of 1940s Europe. Hubley is in his 96th year, but you’d never know that by his appearance. Wearing an old CANEX jacket plastered with RCAF badges, with a rack of miniature medals extending across the full breadth of his chest, Hubley is beyond proud to be afﬁliated with the RCAF. 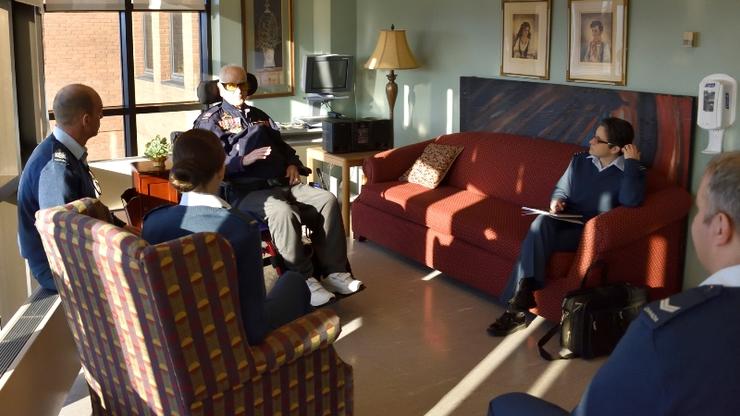 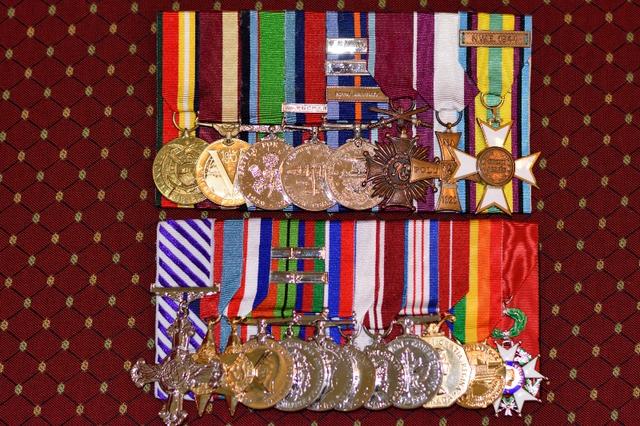 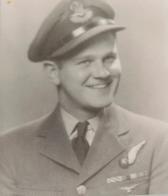 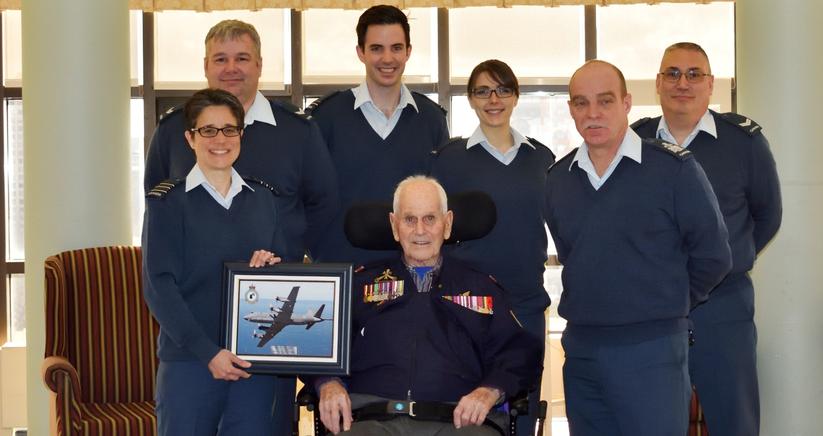 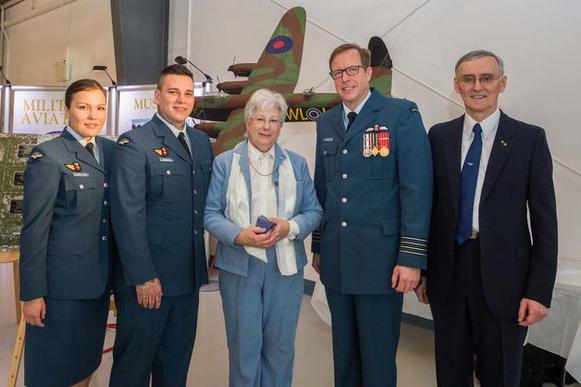 Longest Three Minutes Of Your Life

Though he received many honours, including the Distinguished Flying Cross and the French Legion of Honour, his most prized award was his Pathﬁnder Wings badge which, he explained, were hard to earn - and easy to lose. In order to retain Pathﬁnder Wings, you were required to complete an entire tour, comprised of 45 sorties over Europe. The average life expectancy of bomber aircrew being notoriously short, completing 45 missions was a signiﬁcant achievement. Hubley completed 60

One day, prior to a ﬂight, Hubley accidentally picked up his parachute pack by the rip cord instead of by the handle. Distraught, and worried he’d have to pay to have it repacked, he looked inside and found, instead of a parachute, the chute pack was full to the brim with dirty laundry. Despite this, he completed his mission and turned the pack in when he returned home. Just one small example of his dedication and bravery. Hubley was incredibly humble and almost nonchalant. He cites one of the most important factors in his success as his ground crew: without the dedication and hard work of those workers, the aircraft could not have ﬂ own and the mission could not have been achieved. He feels to this day ground crew members have not received the recognition they deserved for their round-the-clock effort to accomplish the mission. 405 Squadron members spent a few hours with Hubley, and know they barely scratched the surface of his experiences. Our veterans contain a wealth of knowledge that, regrettably, is untapped. It was an honour and a privilege to hear Hubley’s stories, and gain a small appreciation of what life was like for a 405 Squadron member during the Second World War. Given the opportunity, currently serving members of the military should take the time to speak with a veteran.