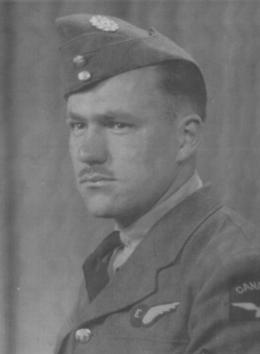 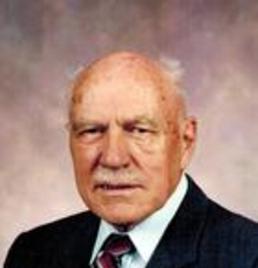 
JACKSON, Harold Francis, QC died peacefully, surrounded by his family on November 6, 2015, in Dartmouth. Born in Moncton, NB, he was a son of the late John James and Linnie (Dunham) Jackson. He grew up on a farm near Havelock, NB. Graduating from the Havelock Superior School in June 1936, he attended the Chicago Vocational Training School graduating with a certificate of proficiency in gasoline and diesel engines.

He returned to his father’s farm and worked it and the lumber woods until August 1940 when he joined the RCAF and was posted to the 119th Bomber Squadron in Yarmouth, NS. He was posted overseas in England the next year to the 408th RCAF Bomber Squadron. In 1942, he trained as a flight engineer and joined the 405th RCAF Bomber Squadron in Yorkshire. November 17, 1942 his bomber was shot down. Although he survived by parachuting when the plane was only 40 feet off the ground, he was badly injured. He was hospitalized for a year and continued to be bothered by injuries for the rest of his life. He returned to flying briefly when his squadron was assigned to submarine patrol. He was awarded the Atlantic Star, normally a naval award. Offered the opportunity to repatriate to Canada because of his injuries, he instead was allowed to remuster to Ground Crew and was assigned as Flight Sergeant in charge of a large maintenance hangar for the remainder of the war.

In 1949 he graduated from the University of New Brunswick with an Arts degree. In 1951 he was awarded a Bachelor of Laws degree from Dalhousie University and a Masters of Laws degree in 1952. He worked for McInnes, Cooper and Robertson in Halifax for his entire career. He made several successful appearances at the Supreme Court of Canada. He was invited to be a Fellow of the American College of Trial Lawyers in 1979. Upon retirement in 1998, he was “appointed an Honorary Fellow of the Law for the Future Fund in recognition of an outstanding contribution to the Legal Profession and to the Advancement of Law” in Canada by the Canadian Bar. A champion of those who he believed had been greatly wronged, he successfully helped many receive the justice they were looking for.

In 1958, he married his wonderful wife, Frances E. Daniel, from Truro. Together they raised their four boys.
Many wonderful summers were spent at the cottage on Herman’s Island. An advocate of free university education, he was proud of the fact that he, Frances and the four boys had, amongst them, 16 university degrees.

Throughout the 1960s, he was Scoutmaster at St. Andrew’s Presbyterian Church in Dartmouth. Starting with only 2 boys, he increased this number to nearly 40 within a year. Always concerned with the well-being of kids, he was sponsoring 5 foster children at the time of his death. He even made arrangements for their continued support after he was gone.

He was predeceased by his brother Alton “Booie”; and sister Lilyan.

Family flowers only. Donations in Harold’s memory can be made to the United Way.

Online condolences may be made by visiting the Dartmouth Chapel at www.atlanticfuneralhomes.com