In October 2017, after being involved with a database to list 57,861 casualties from Bomber Command, who are now known to have died, together with details of their crashes, next of kin, burial place etc. I came across the Military Medals Review which was undertaken by Sir John Holmes in 2012, which looked again at the medallic recognition for Bomber Command. From that earlier work which I had undertaken and from meeting many veterans, it became apparent to me that this was a group of men and women who certainly deserved individual recognition for their service; they must be recognised as well as remembered. It is widely known, that the Bomber Command Clasp was not well received by veterans and that their service was recognised very differently to the Arctic Convoy veterans, whose campaign was comparable, in terms of length, risk and rigour and a geographical area during the Second World War where, really, no other allied unit operated. But what struck me were the facts highlighted in that review, which related to Bomber Command; and more importantly the facts and history relating to medallic recognition, which was not mentioned, either in the review or in Brigadier (Ret’d) Parrit’s recommendations which followed.

The question which arose was, did the clasp recognise sufficiently the risk and rigour and was it fair and just compared to other services which received recognition. A few months into the research I came across retired Wg Cdr Jim Wright DFC Legion d’Honneur (Fr) (Ret), navigator 61, 630 and 97 Squadrons, who had been campaigning for thirteen years. In November 2017, he sadly had to give up his fight through ill health, but we have remained in contact and due to our renewed campaign, he is continuing with correspondence as far as he is able. In January 2018, retired veteran Ivor Foster, mid-upper gunner 186 Squadron, was interviewed by his local paper and ITV West Country News when he tried to start his own campaign. A few months later I was also contacted by journalist and writer Victoria Panton Bacon, who had been promised support for a Bomber Command Medal campaign from a group of people, including members of the House of Lords and historians. Consequently, we all joined forces and now, me and Nigel Favill, have formed a group of people who, supported by many members of Parliament and a few members of the House of Lords, have urged the government to look at this case again.

The office of the Honours and Decorations Committee chairman, Sir Jonathan Stephens, has confirmed that our submission will be included in the process of the re-establishment of the new Advisory Military Sub-Committee. We have met with the Ministry of Defence, who, whilst engaging in a positive discussion about the medallic situation of Bomber Command, where the extension of the Air Crew Europe Star was raised, are still holding firm, and insist that the clasp which brought Bomber Command into line with the pilots who fought in the Battle of Britain is the correct medallic recognition for the servicemen of Bomber Command. Whilst the setting up of the new Advisory Military Sub- Committee is potentially being delayed because of Brexit, we have time to gather some further support which can accompanying our covering letter to the new Chairman. The research undertaken for our initial submission was fairly extensive, and it is ironic that the delays of powers that be, to deal with this issue, coupled with the initial refusal to meet us, has given us more time, in which we have found further inconsistencies and anomalies – all of which lend themselves to giving us more reasoning to show the unfairness of this historical case, which was further made more inconsistent in 2012/13.

The following are some of the pertinent issues which we have already raised:

1) Inconsistent treatment within Bomber Command, between the servicemen.

2) Inconsistent treatment with other campaign stars.

3) Inconsistent treatment due to new precedents being set.

4) Inconsistencies with the Bomber Command Clasp

5) Lack of consideration of the historical evolvement of medallic recognition for Bomber Command.

6) Facts seemingly not considered by the Independent Military Medals 2012 review.

8) Concerns over the eligibility criteria for the Air Crew Europe Star.

9) Concerns over the eligibility criteria for the Bomber Command Clasp.

10) Lack of consideration between the France and Germany Star and the Air Crew Europe Star.

It is clear, to us, from the issues highlighted above that there is some substantiated reasoning to consider this case again. We have provided two solutions which is a new medal/star or an extension to the Air Crew Europe Star. One of the two, we feel is an absolute necessity to right this wrong. We are now looking to add the names of more campaign supporters to the covering letter and wondered if you would be prepared to support this campaign and be happy for us to include your name on our supporters list. If so, I would be grateful if you could let me know your full title and job title/ capacity in you wish to support it. If you are acquainted with anyone who you feel would be interested in adding their name to the letter and supporting us, due to this unfair and inconsistent treatment, please do not hesitate to contact me. Apart from people who have supported Jim and his campaign for a long time, we are very interested in gaining supporters from around the world and those who have held high military service positions. I would like to thank you for any consideration which you can give to our cause and look forward to hearing from you. Thank you. With very best wishes,

NOTE: I checked this out with an independent reliable source in the aviation museum business and it is legit and according to Heather there is no issue of non-UK citizens signing the petition.   Bert Campbell 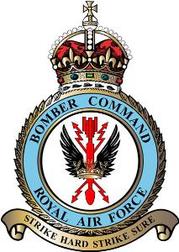