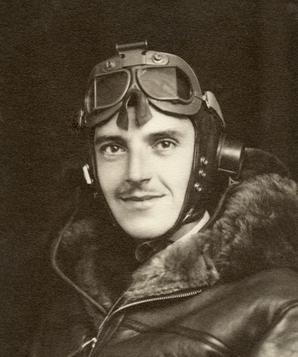 Special thanks to Trevor Riley  for contacting the Association with the story and photos of Norman Piercy, Iain Piercy for providing the video of Norm and to Chris Charland for the research into Norm's flying hstory on the Squadron.

F/S Norman Piercy  joined 405 Squadron in 1943, flying his first Op on 4 November to Frankfurt, Germany and flew his final mission with the Squadron on 2/3 December flying 11 missions in total before transferring to 156 Squadron. Norman narrowly escaped death while on 405 Sqn when he was declared unfit to fly and was replaced on a sortie on 3/4 Dec 1943. His crew never returned and are now buried together in Berlin along with the Engineer who replaced him. Had Norman been fit he would have flown and would not have survived. Sadly, the DFM holder Flt Sgt Davis was among the crew who perished. Norman went on to complete 28 Ops with 156 before he was involved in a ground incident at Upwood when, on landing after being hit by flak, the bombs they returned with exploded killing 6 groundcrew and injuring Norman. He had to have his right leg amputated but strived on to later become a General Practitioner doctor and was also one of the first one legged downhill skiers in the UK.

Normans son, Iain, has a video recording of Norman talking about being taken off the sortie on 3rd Dec 1943.  Norman was feverish and had a high temperature and so was taken off the sortie by the Doctor.  His good fortune was a great loss for others.  The whole crew were lost and are recorded on the International Bomber Command Centre (IBCC) losses database as being buried together in Berlin.  Holland was the replacement Engineer. 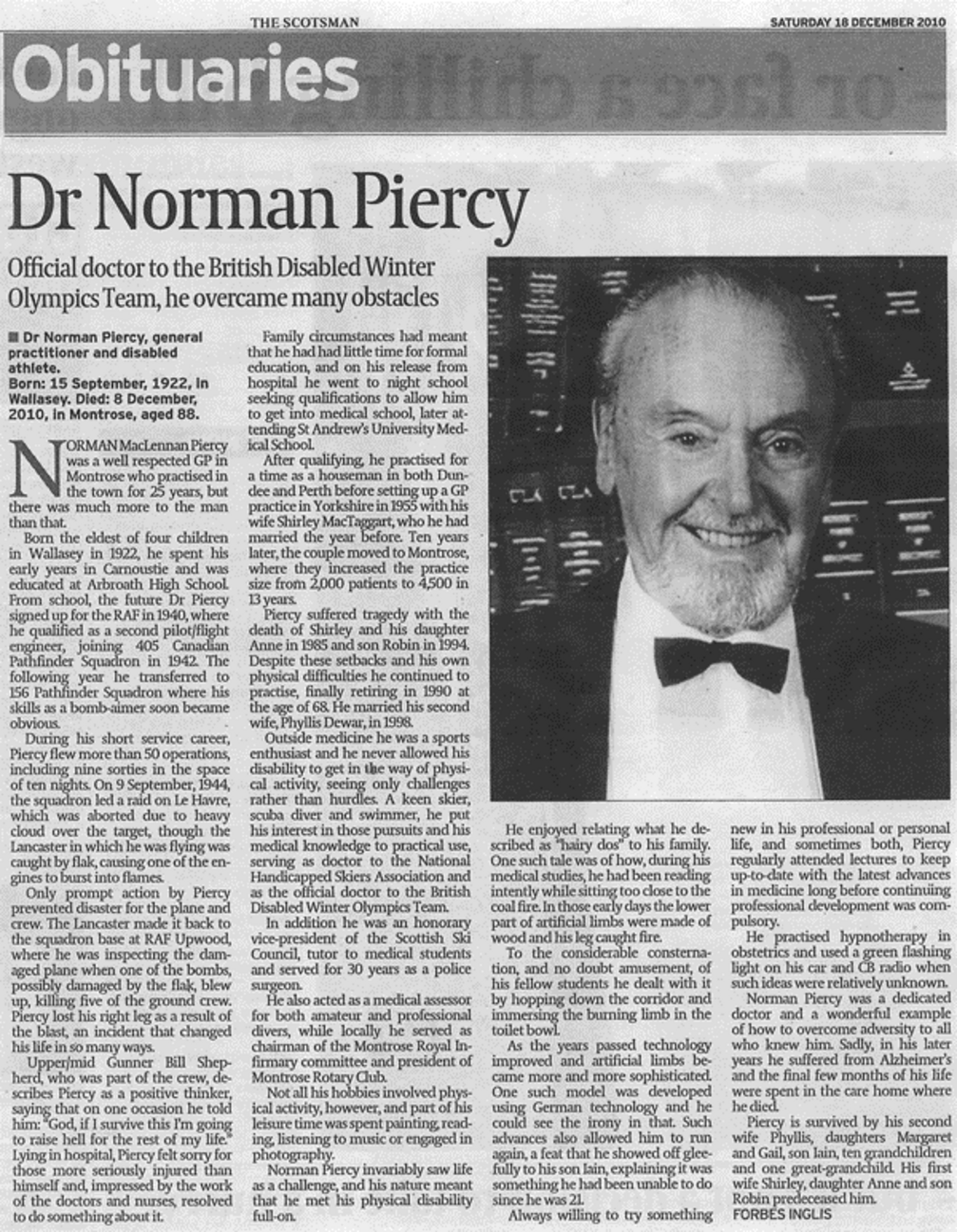