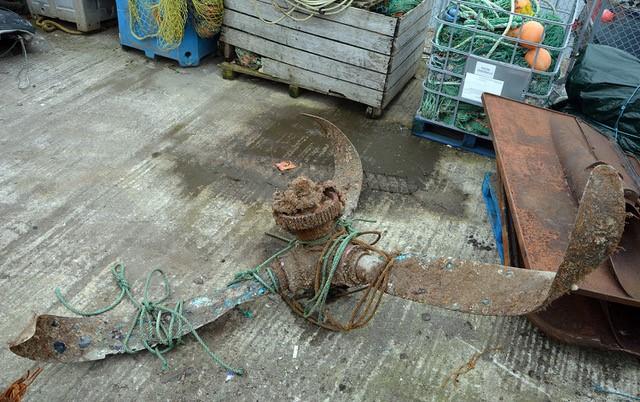 ​​Shortly before the end of 2018 a fishing boat in the Sounds around Plymouth pulled up and old prop). The propeller was delivered to a local diving club shortly afterward. A former 405 member put me in touch with the diving club and I have been working with them to determine the origins. I did contact them and inform them that although I am the Squadron historian at 405, I would be providing information to them in an unofficial capacity, and only working (currently) in the capacity of my abilities and background in having done these types of research/support projects ISO other museums and groups.

The reason that this propeller causes a bit of excitement is the gearbox that was attached to it. The ID plate stamped onto it was determined to be from a Mk. X Merlin engine. The only aircraft that was recorded to have gone into the area during the war was a Vickers Wellington Mk. II (with Merlin Mk. X engines), belonging to 405 Squadron. That aircraft ditched nearly 300 yards from the coast, with all personnel surviving the ditching.

Due to the damage and corrosion caused to the propeller it has been difficult to determine exactly what type of propeller it is. I bring this point up as there was a Lancaster from another Squadron that crashed into the water near the same area to which, for lack of better terms, many are hoping that this propeller belongs to that aircraft

Currently the propeller has been passed onto an organization specializing in testing artifacts from the past to determine specifics. Once this testing has been completed (within the next two weeks), we will know for certain what type of aircraft this propeller belonged to.

Once confirmation does come back, and if it is a 405 Squadron Wellington propeller, due to the excitement this has caused in the UK, there is a strong possibility the local groups would like to contact 405 Squadron.