Following her death I asked the relatives for any items not required by the family for our collection of Gransdens Memorabilia held by the Gransdens Society.

A number of bakers tools etc were given, plus a blue writing case embossed with the R.C.A.F. crest and initials M.R. The contents referred to Sgt Maurice Roobreck with photos of his wife, of a baby, letters from his wife Evelyn, various other photos etc. My wife Margaret said these were so personal and should if possible be returned to the family.

So the search began. Firstly we didn’t know whether Maurice Roobreck had survived the war. On checking the Squadron Roll of Honour in the church we sadly discovered that he had been killed on 17th December ’43. With the aid of the Squadron War Diary, a copy of which the Society holds, we were able to obtain more details of that day. Sgt Roobreck’s aircraft was one of three from Gransden Lodge turning from a raid on BERLIN.

The whole of the home base was covered in fog with Gravely airfield which had F.I.D.O. dispersal equipment being the only possible landing place. Aircraft were in a queue whilst waiting their turn to land and running out of fuel. Whilst approaching that airfield his plane crashed at YELLING. All the crew were killed with the exception of the rear gunner W/Officer CLAIR NUTTING. This was our breakthrough as we had met Clair Nutting at the dedication of the Memorial Window in ’89. We telephoned Clair in British Columbia, who said he had made contact over the years with the relatives of the crew, but had had no success with the Roobreck family. He said he would try again.

We contacted the Canadian Embassy in London, who gave us a list of organisations in Canada who might be able to trace Maurice’s relations. We hoped his wife would still be alive and most certainly his baby who was born two months after he was killed.

Whilst making these enquiries Clair Nutting telephoned to say he had found ‘the baby’. She is MAURISE KAMPROVITIS and living in the U.S.A. at MILFORD, CONN. Through the internet Clair had found a nephew of Maurice Roobreck living in CALGARY and he put Clair in touch with Maurise.

We then spoke to Maurise and posted the writing case etc. She was naturally ‘over the moon’ see her [letter]. She hopes to visit the U.K. visiting the many places her father knew, including his last resting place at he Cambridge City Cemetery, with others of his crew. 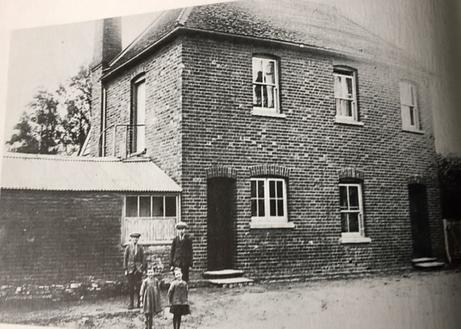 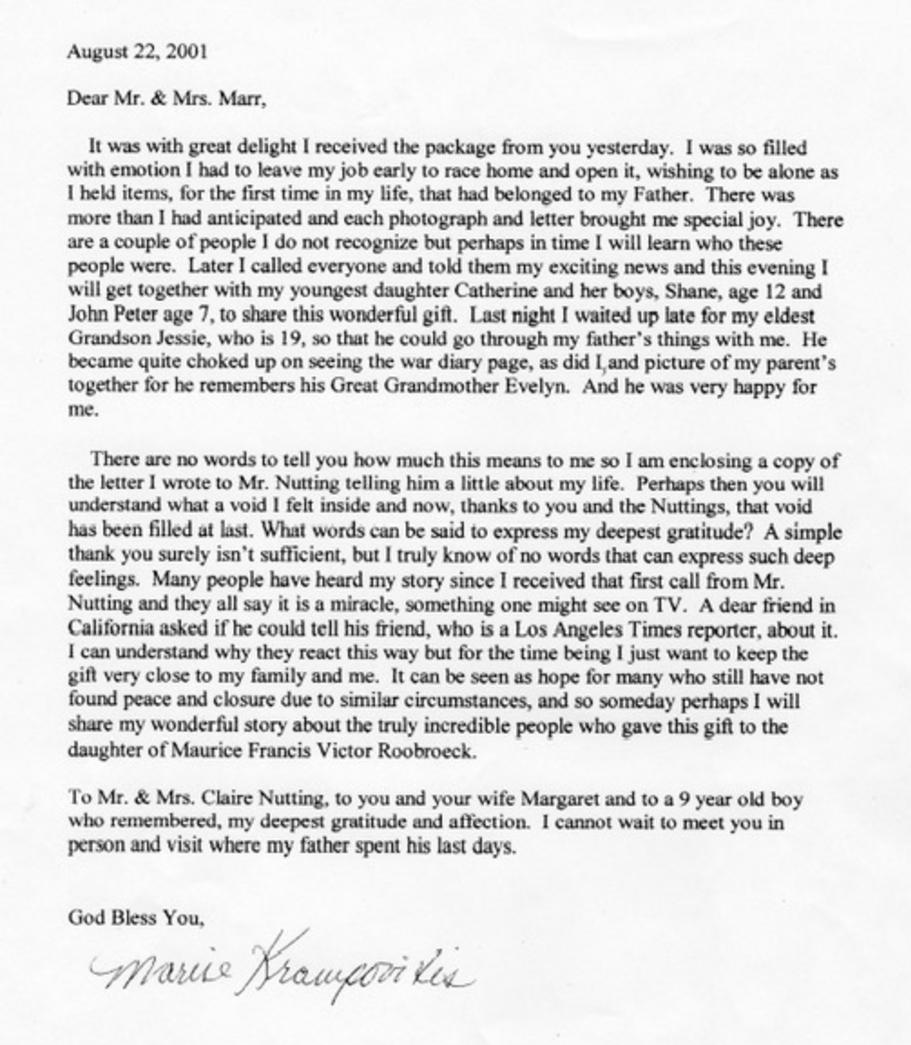 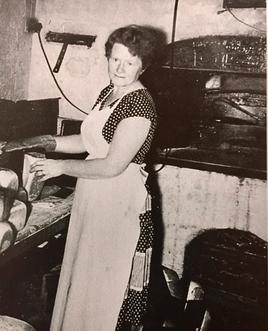 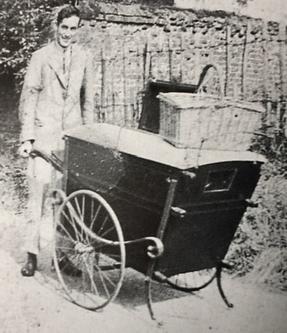 During part of the years ’43-‘5 the Canadian 405 Squadron was in occupation of the local airfield known as GRANSDEN LODGE. They were equipped with HALIFAX then LANCASTER bombers & were the only Canadian Squadron in PATHFINDER FORCE, an elite group.

Many of the airmen were welcomed into the homes of the villagers and became great friends.

One of these was Sgt Maurice Roobreck from QUEBEC, who found a home from home with Mr & Mrs Neville Hyde, the village bakers. In January 2001 Mrs Phyllis Hyde died, having outlived her husband by some years. 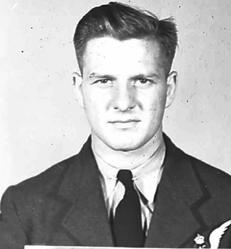 Special thanks for Val Davison for bringing this story to light