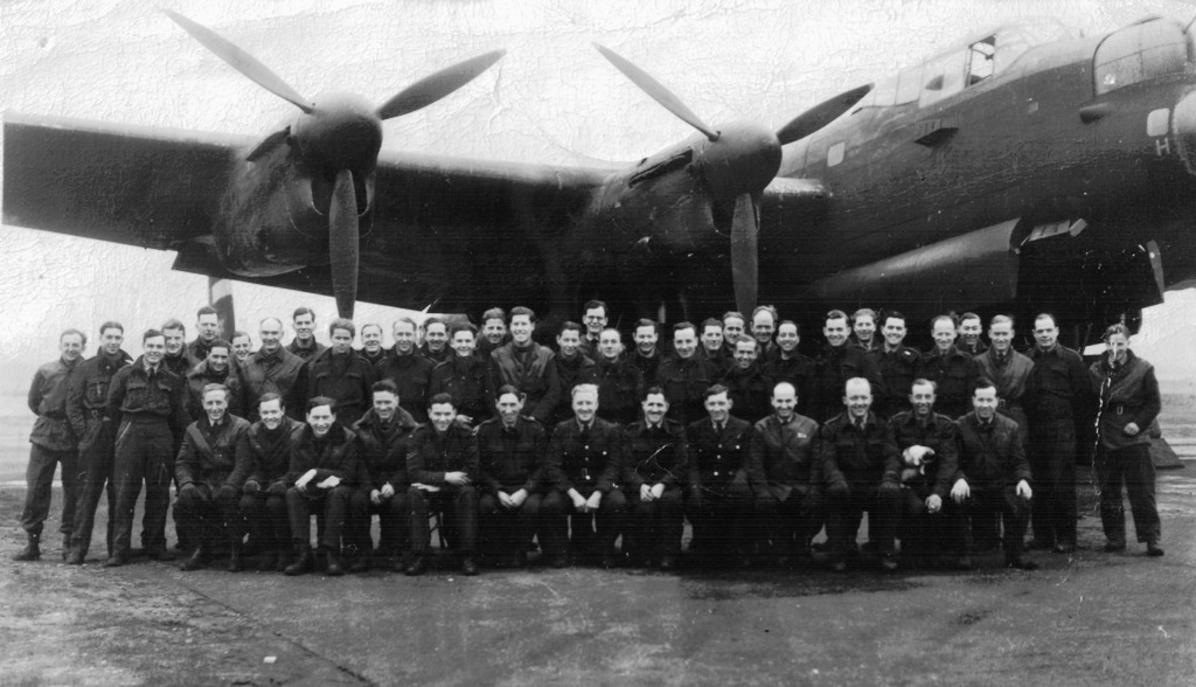 From David Sharp April 2020 - My father. John Sharp, served in England (he was British) with 405 squadron during WW2. I have a photo of at least part of the squadron (under one wing of a bomber) 47 men, which I have scanned in some detail. The original is about 15cm x 10cm, but I have microscope-scanned each individual face as best I can.

It has been a most sobering and thought-provoking task working with the portraits of these brave men. They seem so young, and indeed no doubt most were. My father looks like one of the older ones – and he was 21 in 1943. I wonder how many of them were still alive three years later. There are 47 of them in the photo. I have titled them counting rows from the LEFT TO RIGHT.

The Association wishes to thank David for the delicate and time-consuming work that produced these photos.